Photos: Delta 4-Heavy rocket on the launch pad in California 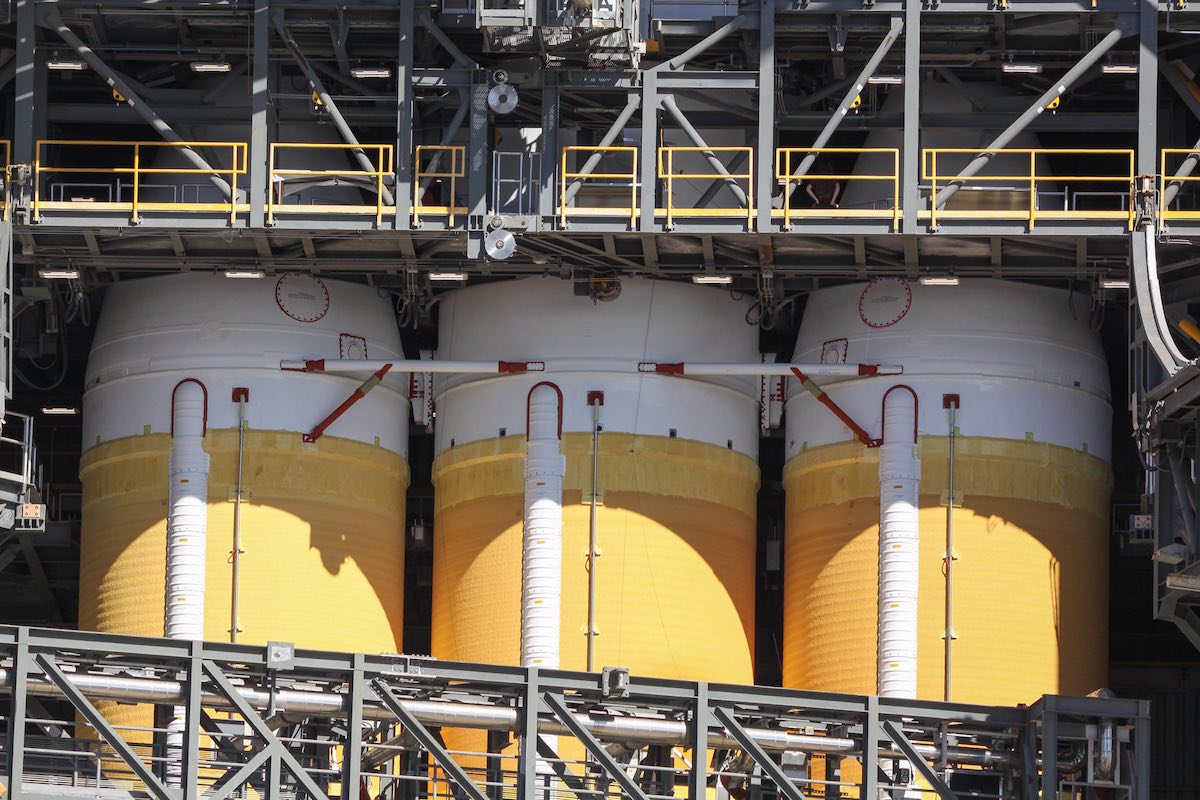 These views show United Launch Alliance’s 233-foot-tall (71-meter) Delta 4-Heavy rocket standing on Space Launch Complex-6 at Vandenberg Space Force Base in California on the eve of liftoff with a classified spy satellite for the National Reconnaissance Office. This will be the final Delta launch from the West Coast.

In these photos, the Delta 4-Heavy is seen inside the 325-foot-tall Mobile Service Tower at the SLC-6 launch pad. The three cylindrical booster cores are each powered by an Aerojet Rocketdyne RS-68A engine. Together, the hydrogen-fueled engines will generate 2.1 million pounds of thrust at liftoff. A 270-foot-tall Mobile Assembly is pictured in its retracted position a few hundred feet west of the rocket and the Mobile Service Tower.

The mission is codenamed NROL-91. Keeping with its standard policy of not disclosing details of its satellites, the NRO has not revealed any information about the payload on-board the Delta 4-Heavy rocket. But publicly available airspace and maritime exclusion zones suggest the Delta 4-Heavy will head south-southeast from Vandenberg over the Pacific, likely targeting a low-altitude orbit inclined 74 degrees to the equator. Circumstantial evidence suggests the rocket is likely carrying a high-resolution electro-optical spy satellite.

ULA will secure the SLC-6 launch pad after the Delta 4-Heavy mission, then turn the site back over to the U.S. Space Force, which will search for a new tenant for the facility. SLC-6 is the largest launch pad at Vandenberg, located on a bluff overlooking the Pacific Ocean near the southwestern part of the base. The pad was originally built for astronaut launches for the military’s Manned Orbiting Laboratory program and Air Force-sponsored missions with NASA’s space shuttle, but neither got off the ground at Vandenberg.

SLC-6 was leased by Boeing for the Delta 4 rocket program, which first flew from Vandenberg in 2006. Boeing’s Delta program became part of ULA in 2006 after a merger with Lockheed Martin’s Atlas rocket program.