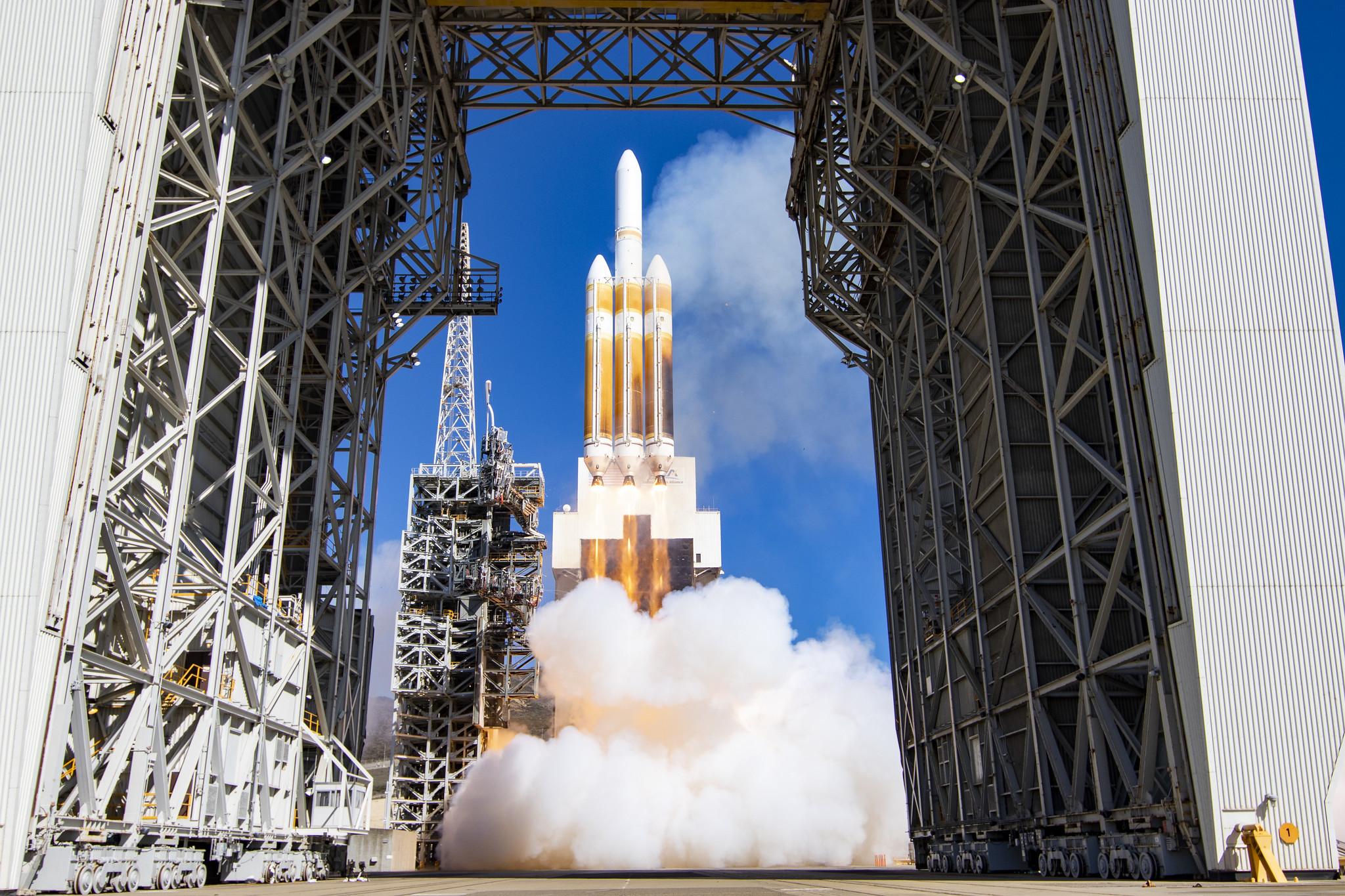 NROL-91 is the Delta 4’s final mission from the West Coast. The vehicle last flew  in April 2021 when it launched NROL-82.

About four minutes into flight, the outer boosters of the three-core Delta 4 Heavy separated. The second stage separated about two minutes later.

At the request of the NRO, ULA ended the webcast nearly seven minutes into the flight after the nose fairing was jettisoned.

NROL-91 was the 10th mission Delta 4 Heavy launched for the NRO. The vehicle has flown 43 missions overall and 14 in the Heavy configuration.

Each of the Delta 4 Heavy’s common booster cores is powered by Aerojet Rocketdyone’s RS-68A main engines. The Delta cryogenic second stage is powered by an RL10C-2-1 engine. The rocket uses liquid hydrogen and liquid oxygen in all stages.

The U.S. Space Systems Command and the NRO confirmed in a news release that the mission was successful. “The Delta 4 Heavy has proven to be an integral part of the NRO’s history, helping us build the architecture for the world’s best space-based intelligence, surveillance and reconnaissance,” said NRO Director Chris Scolese. “As our agency and the aerospace industry continue to innovate and evolve, we will explore new vehicles for launching payloads even more efficiently and effectively.”

ULA is under contract to launch two more NRO satellites on the Delta 4 Heavy in 2023 and 2024 but these will launch from Cape Canaveral, Florida. ULA then plans to retire the Delta 4 Heavy and replace it with the new Vulcan Centaur rocket.