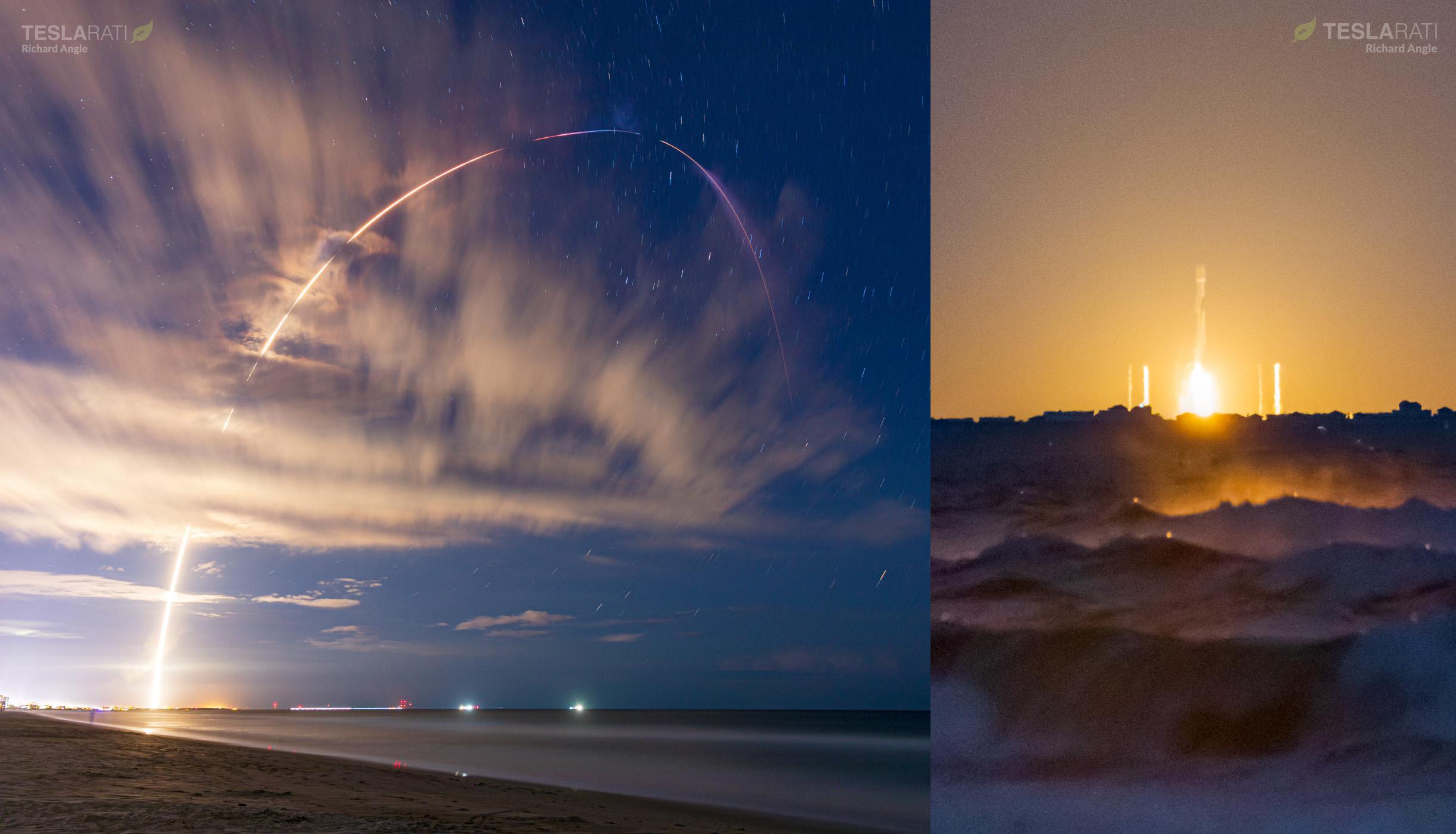 SpaceX has completed its 43rd launch of 2022 and 62nd dedicated Starlink launch overall, breaking a launch pad turnaround record in the process.

That pad – Cape Canaveral Space Force Station (CCSFS) Launch Complex 40 (LC-40) – is the single most important cog in SpaceX’s Falcon 9 launch machine, significantly increasing the significance of what might otherwise be ‘just’ another broken record for a company that is famous for never settling.

Following several delays linked to another weather-plagued Starlink launch (4-34) that flew out of the same pad, a Falcon 9 rocket lifted off from LC-40 on SpaceX’s Starlink 4-35 mission at 7:32 pm EDT (23:32 UTC), Saturday, September 24th. As usual, the mission used a flight-proven Falcon 9 booster (B1073), two flight-proven payload fairing halves, and an expendable second stage. As usual, all four components performed flawlessly, and a new batch of 52 Starlink V1.5 satellites was deployed about 15 minutes after liftoff.

Falcon 9 B1073 completes its 4th launch to space and back, deploying 52 Starlink satellites to orbit! SpaceX has now launched 43 times this year!

Just the latest of dozens completed since May 2019, SpaceX’s Starlink missions have become extraordinarily routine – a testament to the company’s relentless pursuit of perfection, given just how difficult it is to successfully launch a rocket once. 62 dedicated Starlink launches later, Falcon 9 has successfully delivered every single Starlink satellite it has ever carried (almost 3400 spacecraft) into the proper orbit, losing only two boosters in the process.

But even though the missions have become routine, SpaceX has spent every waking second optimizing its rockets and operations to squeeze more performance and more cadence out of each part. The results can only be described as a resounding success. In 2018 and 2019, SpaceX launched an average of 17 Falcon rockets per year. SpaceX’s annual cadence grew to 26 launches in 2020 and 31 in 2021.

That progress pales next to the cadence SpaceX is on track to achieve in 2022. In less than nine months, the company has completed 43 Falcon 9 launches. Before the end of July, barely six months into the year, SpaceX had beaten its annual record of 31 launches. If it can maintain the same average pace it’s sustained over the last 12 months, SpaceX could realistically complete 58 Falcon launches in 2022. If it continues the even more impressive pace it’s achieved in Q3 (~17 launches), it could manage 60+ launches this year.

Only one other rocket family in history (the Soviet R-7) has successfully completed more launches in a calendar year.

INCREDIBLE imagines of the @spacex launch from a C-17 cockpit over the Atlantic Ocean. Thank you for the pictures @mavliocca pic.twitter.com/fSO8zHTlKH

SpaceX, of course, has no plans to accept the potentially record-breaking launch cadence it’s achieved as a new status quo. Just two-thirds of the way through 2022, CEO Elon Musk revealed that SpaceX is targeting up to 100 launches in 2023. As previously reported on Teslarati, while that figure seems implausible at first glance, it was still within the realm of possibility given SpaceX’s already established capabilities.

Just a few weeks later, Musk’s 100-launch target has gone from barely within reach to a serious – if still unlikely – possibility thanks to the record SpaceX broke with Starlink 4-35. SpaceX’s latest Starlink mission lifted off from LC-40 just 5.97 days after Starlink 4-34 launched from the same pad, smashing its old turnaround record (7.67 days) by almost 25%.

For LC-40, already SpaceX’s workhorse pad and the source of the company’s fastest pad turnaround, the new record means, in theory, that one of its three pads can now singlehandedly support up to 60 Falcon 9 launches per year. Assuming that any launch pad can or will sustainably operate close to its record turnaround time for an entire year would be unwise. But, at minimum, the new record gives SpaceX new margins that it can use to significantly increase LC-40’s annual cadence in a more sustainable way. In 2022, LC-40 has averaged 12.7 days per launch. In Q3, it’s on track to average about 10.3 days per launch.

Most importantly, there’s evidence that SpaceX didn’t simply manage a heroic one-time feat with Starlink 4-35. Confirmed by Next Spaceflight, Ben Cooper, and airspace restriction filings, SpaceX has tentative plans to launch Starlink 4-36 from LC-40 as early as 6:36 pm EDT on Friday, September 30th – a turnaround slightly faster than the new record. Another Falcon 9 launch out of LC-40 – EchoStar’s Galaxy 33/34 mission – could follow Starlink 4-36 as early as October 5th, although that mission is more likely to slip a day or two.

There’s a big risk that Storm/Hurricane Ian will create unacceptable weather conditions, forcing SpaceX to delay the launch, but for now, there’s still a chance.

Uber announced today that they will expand their autonomous vehicle fleet via a partnership...

BYD has entered an agreement with international vehicle rental company SIXT for a 100,000...