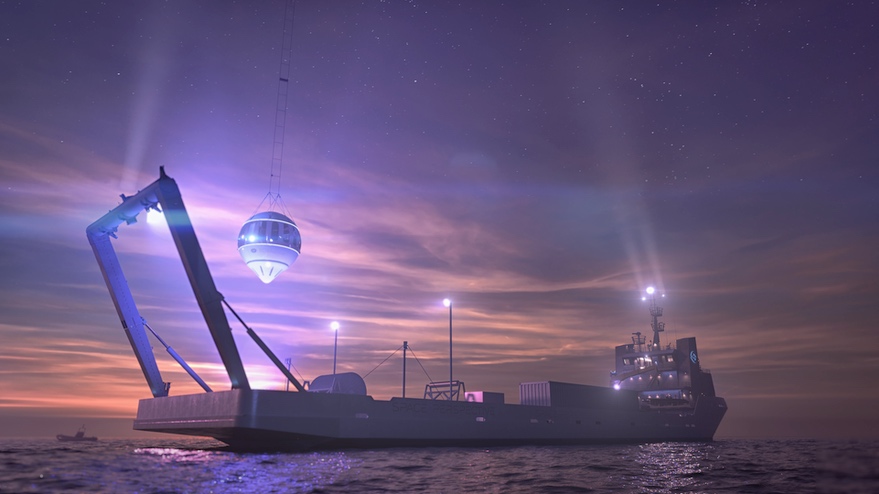 ORLANDO — Space Perspective, a company offering tourist flights into the stratosphere, is buying a ship it plans to use as an oceangoing launch platform for its balloons.

The Florida-based company announced Nov. 15 it acquired a ship called MS Voyager that it is converting to serve as a launch platform for its Spaceship Neptune balloon system, taking people into the stratosphere to offer views like those experienced from space.

Jane Poynter, co-chief executive of Space Perspective, said in an interview that the ship, the first of several the company plans to acquire, will augment its original plans to launch its balloon from land on Florida’s Space Coast.

“This marine spaceport gives us incredible flexibility,” she said. “We are able to launch from most parts of the world where there is a maritime environment, and at different times of day.”

Weather conditions over land typically restrict balloon launches to early morning. However, at sea, winds would allow launches at different times of day, allowing he company to offer flights not just at dawn but also at dusk and even at night, she said. The ship gives the company flexibility to offer flights from different locations, including the potential for flights during the Northern Lights aurora.

Space Perspective already planned to have its Spaceship Neptune capsule splash down in the ocean at the end of its flights. Plan to expand internationally, Poynter said, led them to consider taking off from the ocean as well. “We’ve now got something that is really readily scalable,” she said. “It was a no-brainer to go in this direction.”

Space Perspective acquired MS Voyager from shipbuilder Edison Chouest Offshore, but did not disclose the cost of the ship. The vessel, 89 meters long, is being converted into a launch platform now at a Louisiana shipyard and should be ready by the end of the year, with Port Canaveral in Florida serving as its home port.

The ship will support the next series of Spaceship Neptune test flights, Poynter said. The company is completing its first pressurized capsule that it plans to start flying in the “first part” of 2023 on uncrewed tests as it gears up manufacturing of the balloons that will take the capsule aloft. Space Perspective expects to start commercial flights as soon as late 2024.

The company started selling tickets in June 2021 and has now sold more than 1,000, with a current price of $125,000. Poynter noted that 40% of its customers are buying an entire flight, which can accommodate eight passengers. “That means this is a shared experience,” she said.

The company raised $17 million in May and more than $65 million to date. Poynter said the company is fully funded through the start of commercial operations but that she expected to raise additional funding to support its growth.