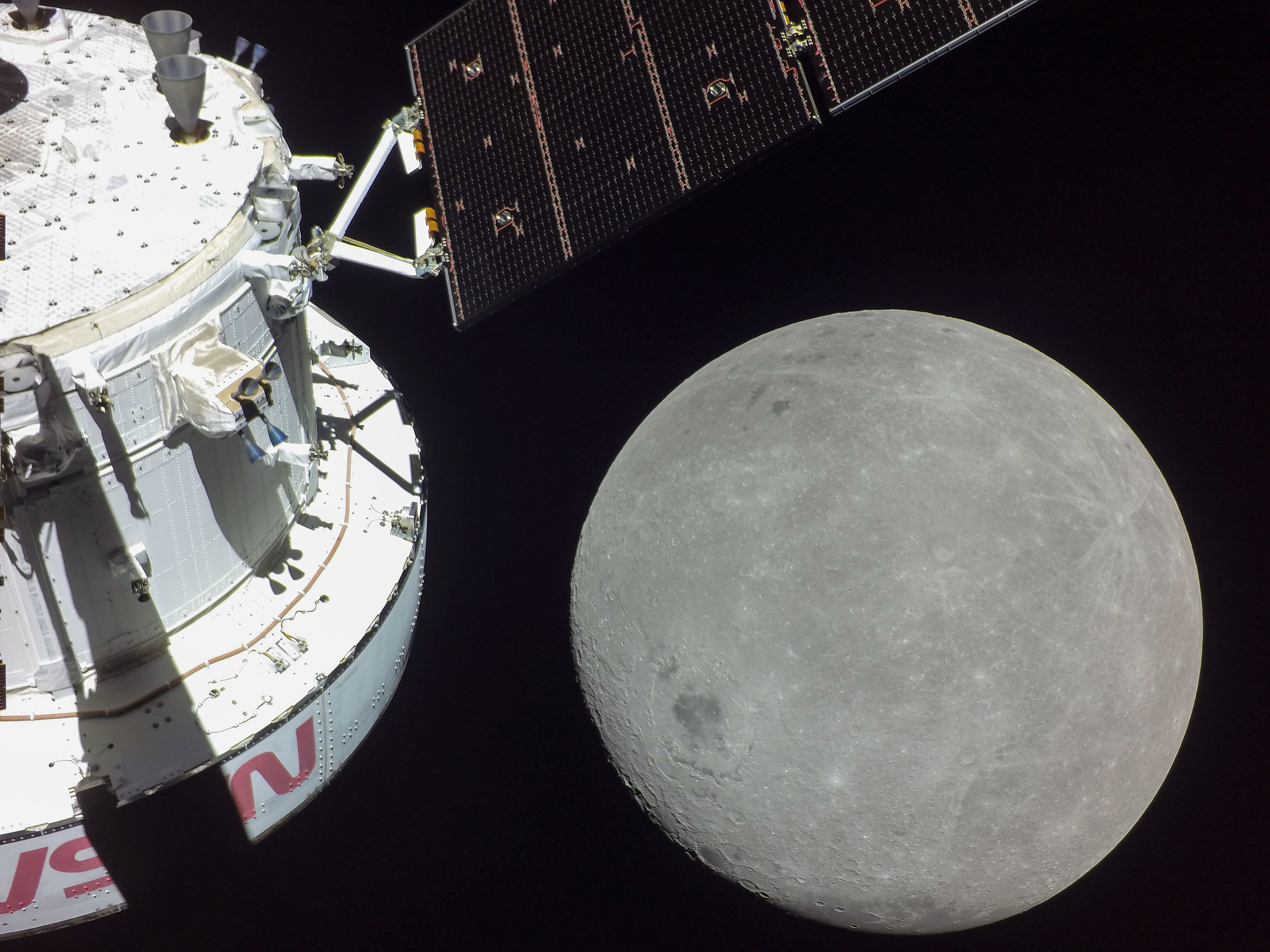 So far, NASA's ambitious Artemis I mission seems to be going swimmingly. The Orion spacecraft has performed a number of propulsive burns, flying smoothly past the Moon, and will now test out its capabilities in deep space.

On Monday evening, after flying around the Moon, the spacecraft returned images of the flyby back to Earth via the Deep Space Network. While no humans are on board Orion during this test flight, they will be during its next mission. The views of the Moon from human spacecraft—the first in more than half a century—were brilliant.

"Today was a terrific day," said Howard Hu, program manager for the Orion spacecraft, speaking about the spacecraft's performance and its images. "This is a dream for many of us who work at NASA. We were like kids in a candy store."

On Monday during a news conference in Houston, the Artemis I mission manager, Mike Sarafin, also provided an update on the performance of the Space Launch System rocket. "The results were eye-watering," Sarafin said.

All of the separation events, including the solid rocket boosters and first and second stages, were nominal. Every performance metric in terms of thrust and accuracy was either on target or within less than 0.3 percent of what was predicted, Sarafin said. In terms of dropping off the Orion spacecraft in its desired payload, the rocket was off by just three miles, a remarkably small error.

Sarafin did acknowledge that the extreme thrust of the Space Launch System rocket caused some damage to the mobile launch tower that supports the rocket during fueling and countdown operations. There was damage at the base of the launch stand where the boosters produce thrust and breakage of some pneumatic lines that carry gases to the vehicle. The violent shaking from the launch also broke the tower's access elevator and blew its doors off.

While some of this damage was greater than expected, Sarafin said all of the problems were fixable. "It will be ready for the Artemis II mission," he said of the launch tower.

So far Orion has exceeded expectations in space. The solar panels on its service module, which was provided by the European Space Agency, have provided 22 percent more power than expected, Hu said. All of the spacecraft thrusters, from its large main engine down to its small reaction control system, have performed as intended. A visual inspection of the vehicle, from cameras mounted on its solar arrays, found no concerns from micrometeoroid debris or other issues.

The spacecraft's next big move will come on Friday, when its main engine will burn for a little more than a minute to place it into a distant retrograde orbit around the Moon, taking it far out into deep space to test the ability of Orion to maintain a constant interior temperature and stress other systems. Then the vehicle will fly by the Moon again on December 5 before burning its engines for home.

The December 5 flyby should produce even better imagery, since, during Monday's flyby, the vehicle's closest approach was on the far side of the Moon, which was in darkness at the time. The upcoming flyby will be in daylight, near the Apollo landing sites, which may be imaged by the vehicle's camera.

NASA plans to return Orion to Earth in the middle of the day on December 11, splashing down off the coast of Southern California. Sarafin said he and other senior officials working on Artemis I would remain nervous until then, even though everything has gone well so far.

"For me, there’s relief that we’re underway," he said. "But there’s a heightened sense of awareness. We’re on day six of a 26-day mission. I will rest well after splashdown and recovery is complete."