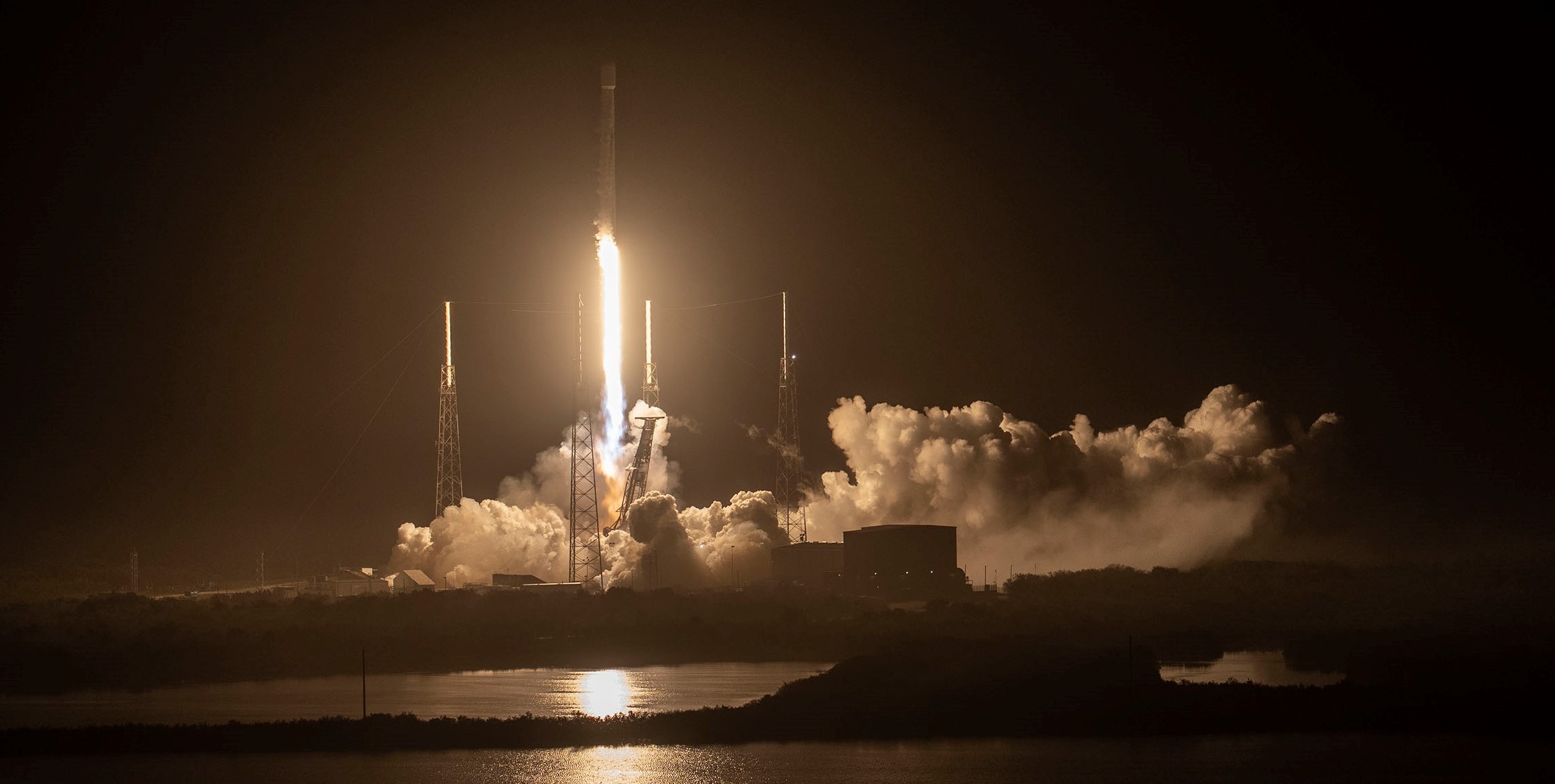 SpaceX has expended a Falcon booster for the third time this month, breaking an odd internal record for a company famous for reusable rockets.

B1049 – the oldest booster in SpaceX’s fleet – took advantage of the extra performance enabled by removing landing hardware and propellant reserves and reached a peak velocity of 2.75 kilometers per second (~6150 mph) before separating from Falcon 9’s upper stage. Lacking the propellant needed to slow down, B1049 was likely destroyed when it reentered Earth’s atmosphere. The upper stage performed nominally, entering a parking orbit around 300 kilometers (200 mi) before igniting for a second time to boost the 5.5-ton (~12,000 lb) Eutelsat 10B satellite into a geosynchronous transfer orbit (GTO).

Deployment of Eutelsat 10B confirmed pic.twitter.com/2TwjY8ObzS

Thanks to B1049’s sacrifice, that GTO will be “supersynchronous,” meaning that the high end of the elliptical orbit – with the other end still around 300 kilometers – will likely end up around 60,000 kilometers (~37,500 mi) above Earth’s surface. A geosynchronous orbit is a circular orbit at an altitude of around 35,800 kilometers (~22,250 mi), where orbital velocity matches the speed of Earth’s rotation and allows a satellite to hover over a region of choice.

A supersynchronous GTO allows a satellite to circularize its orbit more efficiently, saving a significant amount of propellant. The relatively low cost of geostationary stationkeeping means that saving even a modest amount of propellant can add years of life to a satellite, increasing the maximum amount of revenue it can generate in its lifetime. Additionally, the higher orbit should allow Eutelsat 10B to begin serving customers a few weeks earlier. While Eutelsat likely had to pay an unknown fee (perhaps tens of millions of dollars) for SpaceX to expend B1049, the benefits must outweigh that added cost.

The unprecedented culling of SpaceX’s rocket ‘herd’ began on November 1st when the company intentionally expended one of three Falcon Heavy boosters (B1066) during the massive rocket’s first launch since June 2019. Four launches into its life, SpaceX has never successfully recovered a Falcon Heavy center core – a trend that appears unlikely to end anytime soon thanks to a string of 2023 launches that will all reportedly demand extra performance from the rocket.

Next, on November 12th, SpaceX launched Intelsat’s Galaxy 31 and Galaxy 32 satellites to a similar supersynchronous transfer orbit, expending Falcon 9 booster B1051 in the process. Following B1049’s demise on November 22nd, SpaceX has expended a record three Falcon boosters in one month. The last time SpaceX intentionally expended two Falcon boosters in the same month was June 2018.

SpaceX’s rocket fleet now has 14 flight-proven Falcon boosters with an average of 8.7 launches per core. At least two new reusable boosters (B1076 and B1078) will enter the fleet within the next several months.

Elon Musk announced a new Twitter feature that will enable organizations to identify which...

It appears that Apple Music support is indeed coming to Tesla’s electric vehicles. This...

Around 10 am Pacific on November 17th, SpaceX test-fired one of its Falcon 9...

Elon Musk is known for many things. Beyond his status as Twitter’s owner and...