Hungary to spend $100 million on private astronaut mission to ISS 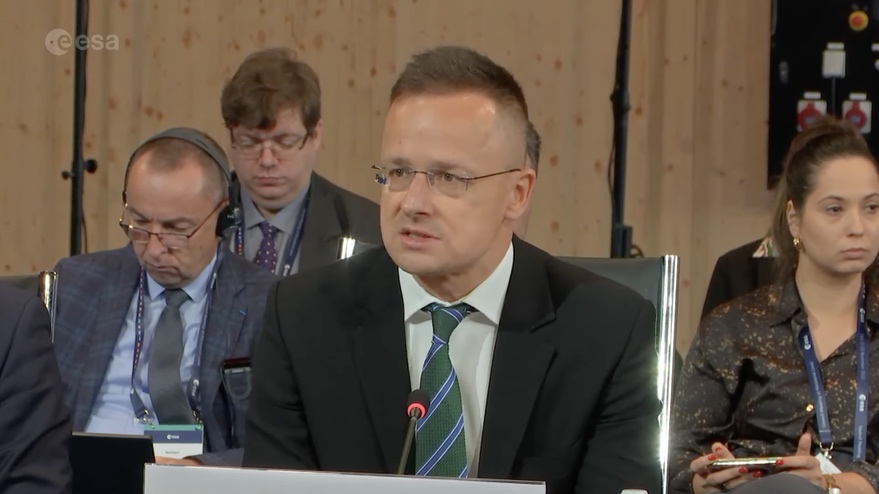 PARIS — The Hungarian government plans to spend $100 million to send an astronaut to the International Space Station in two years through a deal with Axiom Space.

In a presentation at the European Space Agency’s ministerial council meeting Nov. 22, Péter Szijjártó, Hungarian foreign minister, said the country was in the middle of a process to select an astronaut to fly on a month-long mission to the ISS in late 2024 or early 2025.

Axiom Space announced in July it signed a memorandum of understanding with the government of Hungary regarding that country’s Hungarian to Orbit (HUNOR) program, which would fly a Hungarian astronaut to space on a future Axiom Space mission. That announcement, though, provided few details about when that person would fly.

Szijjártó offered more details about the effort during remarks that he gave in the opening session of the ESA ministerial, when representatives of ESA member states, associated states and other observers were granted three minutes each to discuss their views on ESA issues.

“This is a program which is being carried out with the cooperation of the American company Axiom Space and its extent is $100 million,” he said of the initiative. “This will end up in a 30-day-long research mission of a Hungarian astronaut with three other astronauts at the end of 2024 or beginning of 2025, depending on what time NASA confirms access to the International Space Station.”

NASA has yet to award missions to Axiom Space beyond its Ax-2 mission scheduled for the spring of 2023, but is evaluating proposals for two private astronaut missions that could include an Axiom Space flight in that timeframe.

Szijjártó said the government is in the middle of an astronaut selection process, having received 244 applications, 39 of which were women. That has been narrowed down to eight candidates, with four picked by the end of the year to go into training. “The final decision about the final astronaut will be made just a couple of months before the mission itself.”

The selected astronaut will “test 12 Hungarian devices” and perform eight experiments from Hungarian universities, he said. “We are ready to offer research and experiment slots for ESA as well during this 30-day-long space mission.”

Hungary is one of several countries pursuing astronaut flights with Axiom Space. In September, Axiom Space announced an agreement with the Saudi Space Commission to fly two Saudi astronauts. A NASA official later said those astronauts would likely fly on the Ax-2 mission. Axiom also has an agreement with Turkey to fly a Turkish astronaut on a later Axiom mission.

Hungary, though, is a member of ESA, which has its own astronaut corps. The statement by Szijjártó about the private spaceflight during the ministerial raised eyebrows among other ESA members, particularly as it comes just before ESA is set to announce a new astronaut class that will include career and reserve astronauts.

“This is a choice of Hungary so I’m not commenting on the arrangements that are made between one country and a private company,” ESA Director General Josef Aschbacher told reporters late Nov. 22 when asked about the Hungarian statement. “Personally, I would prefer having this astronaut flying within an ESA context, but this is a choice, obviously, of every single country.”